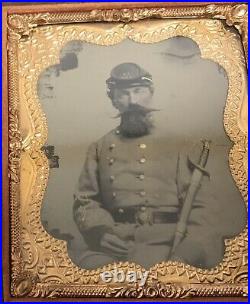 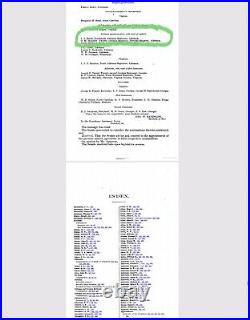 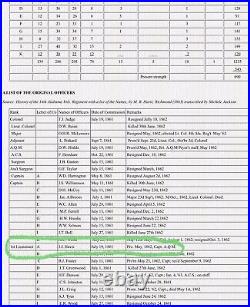 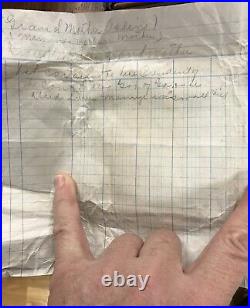 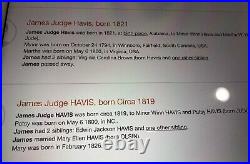 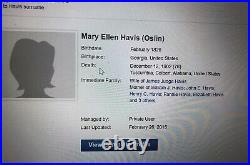 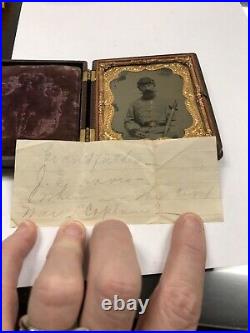 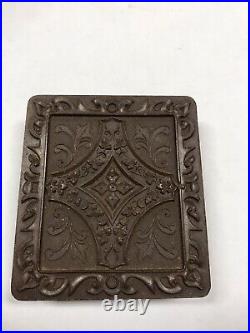 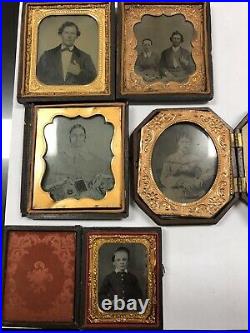 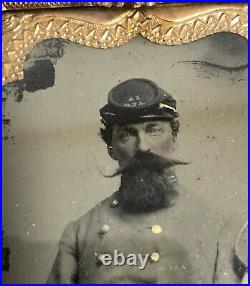 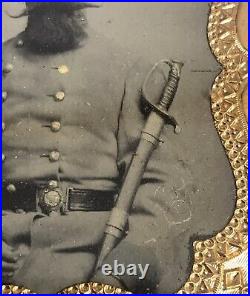 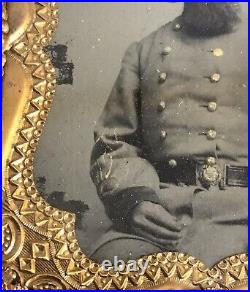 Relisting due to several offers that fell through. The captain is James Judge Havis 14 Alabama Quartermaster. Havis was a LT. But was promoted to Captain/Quartermaster on May of 1862. The initials on his kepi read 14 ALQ… James is also carrying a foot sword that was made just outside the area of Alabama/Georgia. James was the son of Captain Minor Winn Havis of Georgia. The family was originally from Winnsboro, SC and where the town got its name. The paper that was in the Captains ambrotype state Grandfather J. Havis when in the Civil War, Captain…. There is no J. E Havis as Captain so the paper is stating that this is the grandfather. I also have not traced to see if Jamess son John had a son J. As well as there was no need. The photo with the Grandmother was found with the lined paper that states about Grandmother Oslins so we had another name. Havis was married to Mary Ellen Oslin Havis. The paper also states 1st cousin to Vice President Of CSA and Governor of Georgia (Alex Stephens)and something about someone died as a child which we know that Margaret Stephens, the mother of ALexander Stephens died when Alexander was a few months old. There is a thin tissue paper that was found in either the older lady (Grandma) alone or the one with the gentleman that has his hand in pocket in both photos. That paper is thin and I cant make out completely but I can read Grier or Gracie then Mothers Grandmother. The young boy and the Captain look very similar so that is either him as a young man or his son. The Captains case is almost perfect. The young boy is also in great shape, closes etc. The Grandmother holding the picture does not have a lid to her case and her case is fragile but I have not tried to repair anything. The man with his hand on his vest, his case does not have a lid but everything else is nice. The same man and his wife, their case also does not have a lid but is also nice and fine. The young girl with the octagon case has a corner messed up and the inside tin is laying there. THIS LINK WILL TAKE YOU TO MORE ABOUT HAVISS FATHER, CAPTAIN MINOR WINN HAVIS. The item “AMBROTYPE COLLECTION 14TH ALABAMA CAPTAIN-AQM-IDENTIFIED-RELATED-ALEX STEPHENS” is in sale since Friday, May 28, 2021. This item is in the category “Collectibles\Photographic Images\Photographs”. The seller is “noonie-bubba” and is located in Camden, South Carolina. This item can be shipped to United States.