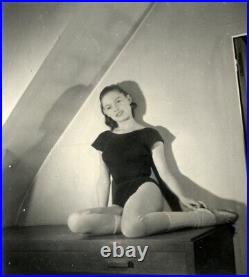 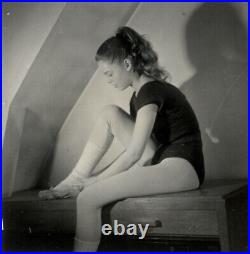 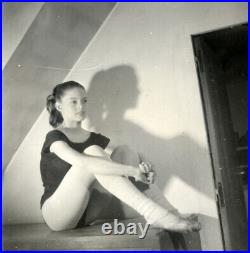 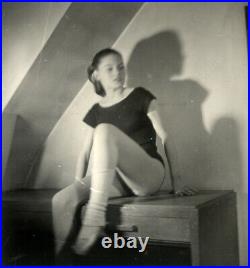 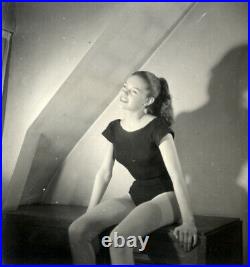 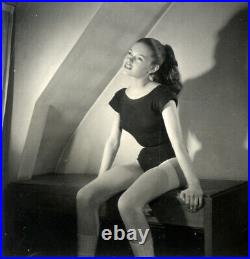 Paris: Marc Allegret, ca. 1950 Set of six (6) vintage original 2 1/4 x 2 1/4 6 x 6 cm. Brigitte Bardot at the absolute beginning of what was to be a legendary career. At the time, Bardot was either 15 or 16 (with her birthday September 28, 1934). She was the daughter of a wealthy family and had begun what might have been a career in ballet after enrolling at the Conservatoire de Paris. At this point, she caught the attention of Helene Lazareff, director of the fashion magazine ELLE , where Bardot began to appear as a model for kids’ fashions. Director Marc Allegret noticed her in ELLE and asked to meet her, after which he shot these photos. Allegret’s assistant at the time was none other than Roger Vadim, who eventually became her director and, for a while, her husband. Allegret then invited her to audition for his upcoming film LES LAURIES SONT COUPES. She did not get the role, but film work was to follow soon, including other films directed by Allegret. It must come back in the same condition as it was sent. AUTHENTICATION: My name is Walter Reuben. I have been collecting movie posters since 1978. I have been a full-time dealer since 1982. Everything which I sell is fully researched and entirely guaranteed to be completely authentic and as described. A lifetime of experience goes behind every description of every piece which I offer. ABOUT ME: For further information, go to the ABOUT ME. The item “BRIGITTE BARDOT (ca. 1950) Set of 6 vntg orig French photos from early in career” is in sale since Tuesday, February 9, 2021. This item is in the category “Entertainment Memorabilia\Movie Memorabilia\Photographs\1950-59\Black & White”. The seller is “walterfilmusa” and is located in Los Angeles, California. This item can be shipped worldwide.